As anyone following this blog knows, I have been fairly dormant on this site lately. Professional obligations have made it difficult for me to maintain the kind of substantive presence here that I would like.

So, I’ve decided to opt for the pithier alternative and move my comments mostly to Twitter. I may return to this site at some future point. But for now, if you would like to follow some of my UFO-related commentary (among other things), you will be able to find me on Twitter (@GEghigian).

From: Above Top Secret

Thanks to the tireless work of Isaac Koi, the website Above Top Secret is now making available a fabulous new resource for anyone interested in the history of UFOs. Here you can find a searchable database for transcripts, podcasts, and videos along with digitized defunct newsletters and magazines from across the world, official documents, dissertations, UFO catalogues, and more.

It’s never been easier for those of us studying the history of unidentified flying objects and alien contact to access sources, as so many archivists – like the folks behind The Archives for the Unexplained, The Black Vault, and the National Archives in the UK  – have been busy over the past 10+ years digitizing primary sources. Koi’s achievement is a welcome addition. By providing a simply way to search for materials, Koi has made it all the more straightforward to get right to work.

The Smithsonian’s Air & Space magazine has just published a piece I’ve written that considers the resurgent interest in UFOs that took place in 2019. A look back at the events and people who made it “the year of UFOs.”

The great Storm Area 51 event has come and gone, seemingly passing without major incident. This might come as a surprise if you were watching news coverage in the weeks preceding it. Yes, many outlets – especially local tv news shows – found great humor in the thought that UFO enthusiasts would be making the pilgrimage to the desert. But many others commentators had expressed great worry over what all this says about the “new reality” we live in.

Just about every report acknowledged that its “creator” Matty Roberts had announced it on social media only as a joke. But the fact that millions online claimed to plan to attend, worried local law enforcement and led critics to lament how social media could so easily turn pranks into serious security and humanitarian problems in the real world.

Historically speaking, however, there was not much that was terribly new in #StormArea51 outside of the platforms of Facebook, Twitter, and Instagram.  Pranksters, jokesters, and tricksters have always been an integral part of the history of the UFO phenomenon. (Already starting in the fifties and sixties, Gray Barker and Jim Moseley come to mind -– check out George Hansen’s work on this subject). And holding large gatherings in the desert was something George Van Tassel began doing in the early-1950s out at Giant Rock in California.

In retrospect, however, commentators – unaware of the diverse history of UFO communities – also neglected to recognize something else. UFO researchers and aficionados have never really been marauders and raiders. Yes, some have been revelers, interested in meeting up with like-minded people and enjoying their company in welcoming, even slightly ribald, environment. But most have been curious, serious, engaged individuals interested in reading about and discussing UFO incidents, oftentimes in relative isolation. These are hardly the kind of people interested in orchestrating an assault on a military base.

In the end, it looks like #StormArea51 was little more than an excuse for some enjoyable, laid back parties. Fun, not disclosure, was the order of the day. 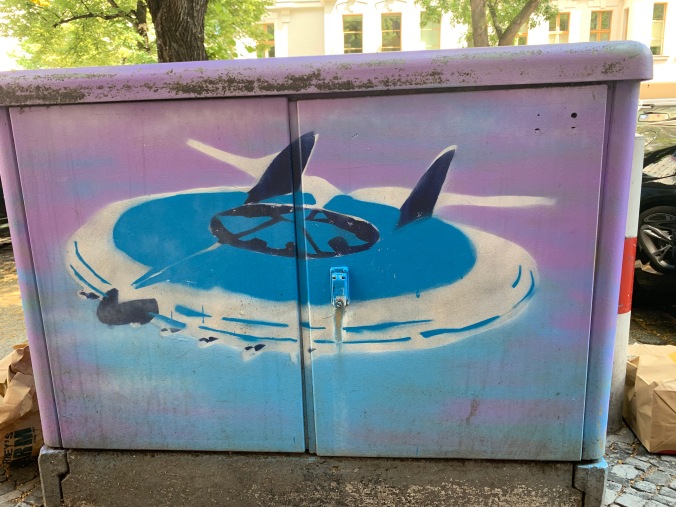 Photo taken on a street in Berlin, Germany (2019). All rights reserved.

Alas, my academic life over the past year has left me with numerous pressing non-UFO-related obligations. Thus, the radio silence. But the smoke is clearing, and I should have some new posts on the way over the coming months. Stay tuned….and thanks for listening….

For those interested in hearing and talking about the history of UFOs, I’ll be speaking live with Martin Willis on his Podcast UFO program, Tuesday, December 11, starting at 6 pm Eastern Time. We’ve got a couple of hours, so we should be able to cover a lot of terrain. Just click on the link above for details. 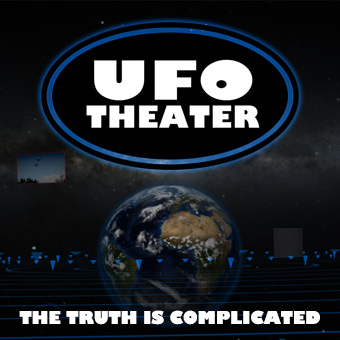 Bloomberg’s podcast Decrypted, hosted by Austin Weinstein and Pia Gadkari, has recently taken a look at ufology in the digital age of photoshop. (Full disclosure: I was interviewed for this episode). In particular, Weinstein and Gadkari are interested in exploring how accessibility to digital editing technologies have changed the way in which UFO hunters and their critics have gone about their work – and how difficult it is for those of us who aren’t particularly tech savvy to separate the real from the fake.  The episode is described like this:

Advances in photo and video editing technology have enabled fake news, birthed viral hoaxes and even empowered corrupt governments. But they’ve also had a less publicized consequence: complicating mankind’s search for extraterrestrial life. This week on Decrypted, Bloomberg Technology’s Austin Weinstein and Pia Gadkari examine the recent boom in UFO sightings — and how they’ve become more convincing than ever. This is part of a special season of Decrypted, where we examine the unintended consequences of modern technology.

An interesting look at both the production and the debunking of UFO online videos and images. 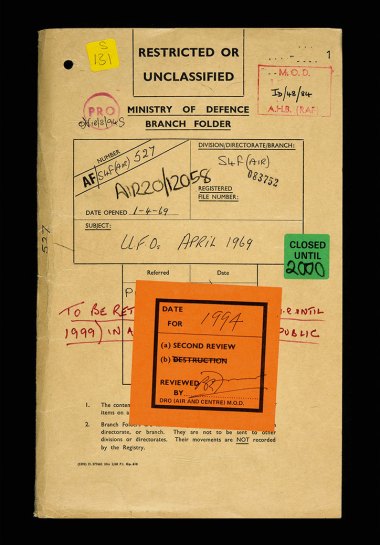 David Clarke – the industrious journalist, folklorist, and professor at Sheffield Hallam University – recently gave a fascinating talk on his years of experience working with the UFO files of the UK Ministry of Defence. For those who would like to hear a relatively brief summary of some of the major highlights within those records, this is a must-listen.

Some of the abundant historical sources available at the Centro Italiano Studi Ufologici in Turin, Italy

Last week, I had the opportunity to pay a visit to the city of Torino (Turin), Italy, where I met with several of Italy’s most prolific UFO researchers associated with the Centro Italiano Studi Ufologica (CISU), The Italian Center for Ufology Studies. I was accompanied by documentary filmmaker Richard Sherman, a colleague with whom I am collaborating in making a film exploring the historical interest in UFOs.

Our guide was Edoardo Russo. Russo is Secretary of CISU and a researcher whose work and publications in UFO research date back to the 1970s. In addition to Russo, we met up with Paolo Toselli – a longtime researcher specializing in the psychological aspects of UFO sightings and the history of UFOs in popular media – and Paolo Fiorino – a founding member of CISU, an expert on close encounters of the third kind in Italy, and the key figure in prompting the Italian Ministry of Defense to declassify a good deal of its UFO files.

Edoardo Russo (left) with filmmaker Richard Sherman at the CISU

Together, Russo, Toselli, and Fiorino were kind enough to sit with us for a series of interviews covering their involvement in ufology as well as the history of UFO research in Italy. Among other things, I learned that the first sightings of “flying saucers” in Italy began days after Kenneth Arnold’s original sighting in late-June 1947. Similar to developments elsewhere, over the course of the 1950s and into the early-1970s, Italians involved in studying the UFO phenomenon tended to follow one of two paths: either they followed the more esoteric or theosophical tradition that emphasized fraternity with “our space brothers” or they tended toward a ufology modeled on scientific methods. Then, during the second half of the 1970s and the beginning of the 1980s, a group of young ufologists began to be drawn to the so-called psychosocial approach to UFOs, taking their inspiration from the human sciences, especially psychology.

For those unfamiliar with the Center, its members conduct field investigations, meet to discuss recent reports, carry out research, and publish books and articles. For those of us with an interest in the history of the UFO phenomenon, one of its most important accomplishments has been collecting and cataloguing an impressive archive of materials chronicling the history of UFOs and ufology in Italy and elsewhere. For anyone with a serious interest in European – and particularly, Italian – ufology, a research visit to Turin is a must.

For a CISU perspective on our visit, go to the organization’s write-up here or here

The Smithsonian Air & Space Magazine has just published an article of mine about a new film by documentary filmmaker Jonathan Berman exploring the life and legacy of George Van Tassel. Van Tassel is certainly well known among UFO enthusiasts – a man who counted himself among the original group of “contactees” during the 1950s. The film documents his life and work, but adds more to the story by interviewing those who still live around Giant Rock and who seek to realize his mission of creating a building that can reverse the aging process. 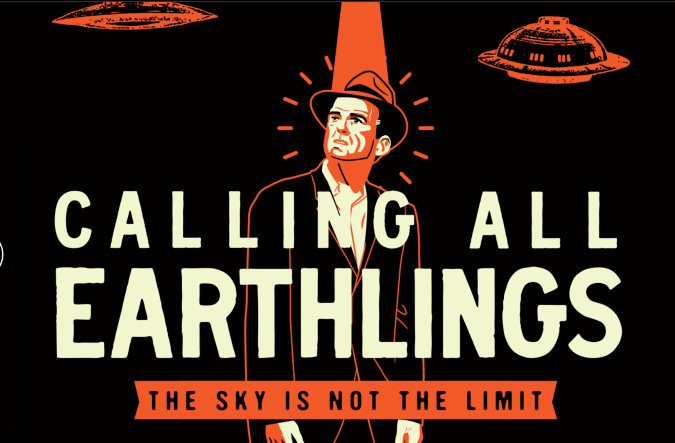 The UFO Past
Blog at WordPress.com.